After 45 years of loyal and dedicated service to Isola and its predecessor companies Augusto Meozzi, President of Isola Europe, declared his resignation effective April 30, 2009, to retire.

Augusto Meozzi was CEO of MAS Group, which was acquired by Isola in 1990. He then went on to hold other executive positions within Isola, including President and CEO of Isola Laminate Systems Inc., headquartered in Chandler, AZ, and COO and EVP of Isola in Dueren, Germany, before assuming leadership of the European Region following the Company’s acquisition by TPG.

During his long and exceptional career he was characterized by his professional competence, his managerial skills, and his visions. With this resignation one of the greatest quits the scene of the PCB market. 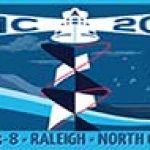 Isola to Present at the EMC 2014 Symposium

The EMC 2014 Symposium will be shedding light on new technology and helping you to stay abreast of current EMC testing and engineering. New in 2014 will be an embedded conference for signal and power integrity. Plan ahead to join us August 3-8, 2014 in the City…
Learn More 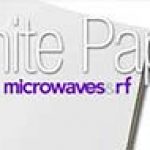 Matching Circuit Materials to a Design Mission Free download Materials for electronic printed circuit boards (PCBs) are the foundations for many different analog, digital, and mixed-signal designs and should be chosen wisely. Selecting an optimum PCB material is a matter of meeting the requirements set by a particular application or…
Learn More
Top