With a new owner, CEO and technology center, the worlds 3rd largest laminate maker is at last ‘Leaning’ forward. A PCD&M exclusive.

Isola is coming off perhaps the most turbulent year in the company’s storied history. After months of speculation over its future including a very public announcement of its availability by then owner Rutgers Isola was purchased in July by Texas Pacific Group, a large equity concern. With TPG at the helm (a minority stake was bought by Redfern Partners), Isola boasts ownership with a solid track record in building electronics industry businesses, with ON Semiconductor, MEMC Electronic Materials and Seagate among its successes. Now TPG tries its hand with the world’s third largest supplier of laminates for printed circuit boards (behind Matsushita and Nanya).

While in business TPG has been known to take risks, when it comes to hiring, the firm looks for known quantities. TPG is betting the future of Isola on Ray Sharpe, the former head of Cookson Electronics Materials, one of the world’s largest suppliers to the electronics industry and the parent of Polyclad Technologies, a major laminates player in its own right. 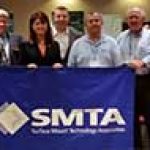 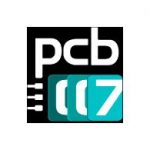 Heading Into 2020 with Isola

PCB007 interviews CEO Travis Kelly and CSMO Sean Mirshafiei in a look into the future of Isola. Travis and Sean share insights into Isola’s strategy to serve the Quick Turn Market in North America with the opening of a new global headquarters and quick turn facility in Chandler Arizona…
Learn More

Isola is planning to establish an expanded training program for young adults interested in a career in manufacturing but have no previous work experience.
Learn More
Top