CHANDLER, Ariz., September 12, 2014 — Isola Group S.à r.l., a market leader in copper-clad laminates and dielectric prepreg materials used to fabricate advanced multilayer printed circuit boards (PCBs), today announced that its European subsidiary, Isola GmbH, complies with the European Space Agency’s (ESA) specification for a cleaner class of base materials. Isola worked in collaboration with the ESA and its suppliers in order to reach this milestone.

The enhanced standard, known as Appendix A, defines the supplemental requirements to the Institute for Interconnecting and Packaging Electronic Circuits’ standard IPC-4101-D: Specification for Base Materials for Rigid and Multilayer Printed Boards. Appendix A requires additional workflow steps and an increased testing regime by base material manufacturers to reduce the risk of contamination of foreign material that can affect the reliability of printed circuit boards used in aerospace applications. PCBs designed with small spacing or high voltage can be subject to failure of insulation resistance due to electromigration along foreign material in a harsh environment. The enhanced standard for base materials in Appendix A aims to prevent and to detect such non-conformance early in the supply chain.

Karl Stollenwerk, Isola’s European President, commented, “We were pleased to confirm our ability to comply with the new requirement. The high reliability sectors, including aerospace, are important segments of our business, and we are committed to a process of continuous improvement in order to satisfy, or exceed, the ever-increasing demands of our customer base.” He continued, “Isola has made significant investments worldwide in the automation of resin compounding operations, enclosures of treating equipment, and other improvements to mitigate in-line contamination. There are some additional costs of compliance; however, we believe these to be fully justified in improving our customers’ yields and significantly reducing risk in aerospace applications.” 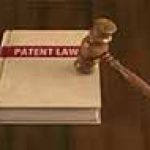 CHANDLER ARIZONA, February 8, 2005 – Isola Group, a leading global designer, developer, and manufacturer of high performance-based materials used in the manufacture of advanced multilayer printed circuit boards, announced today that it will vigorously defend itself against Rogers Corporation’s claims of patent infringement made against Isola’s IS640 product. Rogers…
Learn More

The European Institute of Printed Circuits (EIPC) has elected Alun Morgan as the Chairman of its 2012-2013 Board of Directors. Alun is the Director of OEM Marketing for Isola Group Europe and the Managing Director of Isola Werke UK Limited.
Learn More