BANNOCKBURN, IL – October 10, 2010: Isola Group S.a.r.l. celebrated its 50th anniversary of membership with IPC — Association Connecting Electronics Industries® at a recognition luncheon on Wednesday, September 29, 2010. Isola has been a member of IPC since 1960.

Isola operates manufacturing sites in North America, Asia Pacific and Europe. Numerous Isola employees are active on IPC committees, many in leadership positions. Isola was among the founding exhibitors at the first IPC Printed Circuits Expo in 1994.

IPC President & CEO Denny McGuirk said, “Isola joined when IPC was only three years old, showing its faith in the future growth of our industry. IPC is proud to have supported several generations of employees, products and technologies through the past 50 years.”

“Isola is grateful to IPC for the recognition of 50 years of involvement with IPC. Isola would like to thank IPC for its dedication to the electronics industry and continued support of the technical standards, trade shows and educational programs for the electronics industry,”said Rich Pangier, director of OEM marketing for Isola.

In celebration of the occasion, IPC made a charitable donation of $1500 to further education and research in electronics manufacturing. 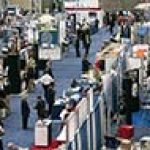 Isola to Exhibit at MILCOM 2014

Isola to Exhibit at MILCOM 2014 Attendees will learn about the latest innovations in high-speed digital and RF/microwave-grade laminates for PCBs. Isola will exhibit at the upcoming MILCOM 2014, taking place October 6-8, 2014 at the Baltimore Convention Center located at One West Pratt Street in Baltimore, MD. Representatives from Isola will be at…
Learn More 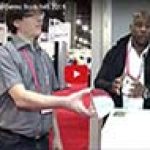 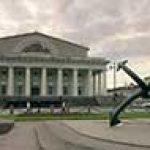 Isola Particpates in the EIPC Conference in St. Petersburg, Russia

In an atmosphere of shrinking markets in Western Europe the electronic industry is heading East, expecting new sales opportunities. Russia attracts with high economic potential and stable growth rates of up to 6 %. On September 24th and 25th, 2008, the European Institute of Printed Circuits (EIPC) hold a…
Learn More
Top