CHANDLER, ARIZONA, July 22, 2011 – Isola Group, S.a.r.l. today announced that it has joined the Electronic Industry Citizenship Coalition (EICC) as an applicant member.  The EICC is a coalition of electronics companies working together to improve efficiency and social responsibility in the global supply chain.

Isola fully supports the vision and mission of the EICC and is committed to meeting the high standards embodied in the EICC’s code of conduct to create better social, economic and environmental outcomes for all those involved in the electronics industry.  Isola will progressively align its operations with the provisions of the EICC’s code of conduct and will encourage its first-tier suppliers to do the same.

Raymond Sharpe, Isola’s president and chief executive officer, commented, “Isola is proud to be an applicant member of the EICC and to join over 50 leading global companies in support of the EICC’s code of conduct.  We believe that the responsible stewardship of the environment and sustainable business practices promoted by the EICC are important to Isola’s long-term success.”

The EICC was established in 2004 to improve social, economic, and environmental conditions in the global electronic supply chain through the adoption by its members of a standardized code of conduct. The EICC was incorporated in 2007 as an association to ensure greater awareness of the code and to expand its adoption throughout the electronics industry. The EICC includes over 50 global electronics companies. For more information, or to view the EICC code of conduct, see www.eicc.info. 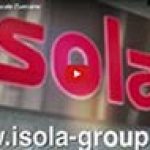 We are Isola — a company founded over a century ago. Today, we are a leading global material sciences company that designs, develops, manufactures and markets laminate materials used to fabricate advanced multilayer printed circuit boards.
Learn More 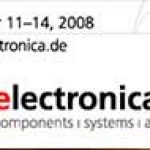