CHANDLER ARIZONA, February 8, 2005 – Isola Group, a leading global designer, developer, and manufacturer of high performance-based materials used in the manufacture of advanced multilayer printed circuit boards, announced today that it will vigorously defend itself against Rogers Corporation’s claims of patent infringement made against Isola’s IS640 product. Rogers Corporation filed a lawsuit as a licensee of two United States patents, contending that two members of Isola Group had infringed those patents.

Isola Group reported that, despite the lack of any prior notice, it was not surprised when Rogers Corporation, a competitor, served Isola Laminate Systems Corp. and Isola USA Corp. with a patent infringement lawsuit last week. The lack of any prior notice is consistent with Isola’s belief that the lawsuit is without merit and is intended by Rogers Corporation as a tactic to maintain its short-term competitive position in the high frequency circuit board laminate market.

“We learned of Rogers Corporation’s concerns about our IS640 product several months ago and we were doing everything in our power to demonstrate to them that our IS640 product cannot infringe their patents.” said Isola Group CEO Ray Sharpe. “Rogers Corporation feigned cooperation with our attempts to resolve the issues amicably through showing that we do not infringe, I was disappointed when they served the complaint and issued a press release without the courtesy of giving us advance notice.”

Isola USA Corp., which has a patent pending on its IS640 product, is committed to protecting its own intellectual property and maximizing the benefits of its technology for its customers and partners. “This lawsuit will not deter us from competing with Rogers Corporation head on in the marketplace with our own patent pending product” said Mr. Sharpe.

Isola USA Corp. has referred the matter to outside legal counsel. 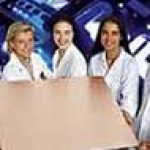 ESSEN, Germany-Sept. 6, 1999– RUTGERS AG, a subsidiary of the international energy and technology group RAG, announced today that it has acquired AlliedSignal’s laminate systems business, a manufacturer of copper-clad laminate base materials for the electronics industry. The purchase price is US$425 million. “This acquisition and now merger of AlliedSignal’s…
Learn More