CHANDLER, ARIZONA, February 16, 2010 – ISOLA USA Corp, a leading designer, developer and manufacturer of high-performance base materials for the printed circuit board industry, and ITEQ Corp. today announced settlement of all outstanding litigation between the two companies. As part of the settlement, ITEQ will pay Isola an undisclosed sum and withdraw all of its litigation against Isola in the U.S. and Taiwan. Isola will also drop its counter-claims against ITEQ in the U.S.

Although Isola Corp. will not grant a license for its U.S. patent #6,509,414 (the “414 Patent”) to ITEQ, Isola did grant ITEQ a covenant not to sue as long as ITEQ’s chemical formulations conform to specific confidential restrictions. ITEQ also agreed to pay a royalty to Isola on the global sales of ITEQ’s low-loss products through the life of the “414 Patent.”

Commenting on today’s announcement, Ray Sharpe, President and CEO of Isola Group, stated, “I am extremely pleased that ITEQ and Isola were able to reach an out-of-court settlement and avoid potentially lengthy and disruptive litigation. This is clearly the best outcome for both companies and the industry.”

CEO of ITEQ Corp., Michael Kao, stated, “I am pleased that Isola and ITEQ are able to agree to an amicable solution for mutual benefit, especially for our IT200LK product. It is in ITEQ’s interest to always uphold and protect the benefits for not only ITEQ, but also for our global customers. 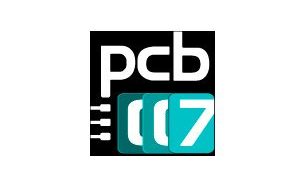 Isola’s CEO Featured in PCB007 PC007’s Barry Matties interviewed Isola’s CEO Jeff Waters during DesignCon 2016. Click here to read the interview in which Jeff discusses the transition into his new role and what we can expect from Isola under his leadership. –…
Learn More