DSTF is generically known as “reverse treat foil” in the industry, and is licensed by over a dozen copper foil producers worldwide. DSTF is an enabling technology for dense circuit formation and high-speed signal transmission. Additionally, DSTF lowers total cost of ownership of a processed inner layer when compared to standard shiny foils.

Commenting on the agreement, Eric Seip, Isola Group Vice President, stated, “We are pleased that Nan Ya has decided to renew their license for our patented DSTF technology. This foil type continues to be adopted by new users and we are delighted that through our licensing efforts, we continue to help propel the industry forward.” 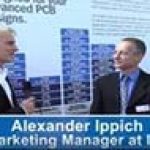 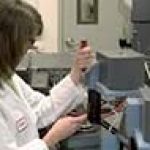 Isola Announces the Launch of IS680 RF/Microwave Product

Isola announces the release of IS680 the next generation of RF/Microwave products. IS680 offers the widest range of thickness selections in this market space with DK values from 2.80 – 3.55 and Df values from .0020 – .0040. IS680 is a proven product for simple single and double…
Learn More
Top