CHANDLER, Ariz., February 5, 2015 — Isola Group, a market leader in copper-clad laminates and dielectric prepreg materials used to fabricate advanced multilayer printed circuit boards (PCBs),today announced that Andrew Jor has been promoted to Executive Director, Business Development-Asia. In this role, Mr. Jor will be responsible for driving the strategic business development goals for the Asian region. Mr. Jor joined Isola in 2002 as Regional Business Director, where he was responsible for managing the sales and marketing activities in Hong Kong and South China.

Prior to Joining Isola, Mr. Jor was Sales Manager for LeaRonal SEA Ltd. Mr. Jor, who holds an Executive Diploma in Management Studies from The Hong Kong Polytechnic University, is based in the company’s Hong Kong office.

Additionally, Isola is pleased to announce that Dick Leung has been promoted to Director of Regional Business – Hong Kong and South China. In this role, he will lead Isola’s sales teams in Hong Kong and South China, driving revenue growth in this territory. Mr. Leung joined Isola in 2003 as Account Manager, where he was responsible for managing the major accounts located in Hong Kong.

CHANDLER, Ariz., January 4, 2018 — Isola Group (“Isola” or the “Company”), a market leader in copper-clad laminates and dielectric prepreg materials used to fabricate advanced multilayer printed circuit boards, announced today that it has completed an agreement to successfully transfer its equity ownership to an investment group led by…
Learn More

After a long and successful cooperation between CCI Group and Isola Europe, we herewith announce that the collaboration between our two houses is no longer continued after 2013 in the accustomed manner. It is without saying that we have taken all necessary measurements to ensure an unlimited and smooth supply…
Learn More 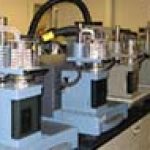 Isola offers several proprietary resin systems specifically formulated for optimal performance in bonding applications requiring minimal resin flow and consistency in lamination.prepreg. A11 and FR406N are epoxy resin systems. A11 features a Tg of 100°C as is suitable for standard applications. FR406N has a Tg of…
Learn More
Top