CHANDLER, Ariz., June 15, 2015 — Isola Group, a market leader in copper-clad laminates and dielectric prepreg materials used to fabricate advanced multilayer Printed Circuit Boards (PCBs), announced today the decision of its current President and Chief Executive Officer Ray Sharpe to retire. Mr. Sharpe will stay with Isola until his successor has joined to ensure a smooth transition. The Board has already retained a search firm to guide the process of finding Isola’s next CEO.

Mr. Sharpe stated, “It has been a privilege to work with the dedicated people at Isola, who focus each day on advancing the company’s and its customers’ best interests. I am confident in Isola’s future and the team’s ability to deliver distinct value. I look forward to spending more time addressing important family considerations.”

Mr. Kevin Burns, Chairman of Isola’s board of directors commented, “Ray has been a very strong leader since Isola’s establishment in 2004. The company’s transformation has been impressive, and Isola is now positioned as the leading supplier of high-performance materials for the printed circuit board industry. The members of the Board are grateful to Ray for his many contributions and look forward to ensuring the company’s future success.” 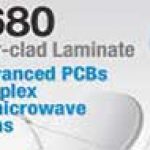 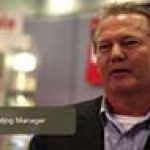 Isola will exhibit at the upcoming DesignCon 2014 conference and exhibition, January 29-30, 2014 at the Santa Clara Convention Center in Santa Clara, California. DesignCon is one of the Printed Circuit Board (PCB) industry’s premier events to learn about the latest advanced products, technologies and developments in the market.
Learn More
Top